I drew the title for this blog entry from a 2012 commentary by Dr. Susan Behrens published in the Journal of Medical Regulation. In her commentary, she reflected on the series of event that led to her becoming the first woman elected as Chair of the Federation of State Medical Boards (FSMB) in the late 1980s. 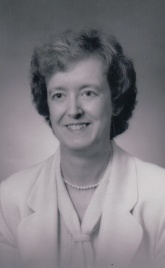 Recently, I re-read her commentary; several things stood out to me. One was the strong sense that a woman running for elective office in the 1980s—even within a national association rather than political office—was not a matter to be taken lightly as missteps by a candidate served as potential fodder for the larger narrative of critics. Thus, in mulling over whether to run for the office, Behrens consulted two influential women in medicine at that time: Dr. Edithe Levit, President of the National Board of Medical Examiners and Dr. Nancy Dickey, member of the AMA board of trustees. Their advice boiled down to what you see as the title for this piece.

Another point that caught my eye was a number put forth in the article. Reflecting back on the first FSMB annual meeting she attended in the mid-1980s, Behrens recalled an afternoon gathering of the women members of state medical boards in attendance. As she recalled, “There were about seven of us.” Once my initial reaction (“That’s all?”) wore off, I began thinking seriously about this number. Was the actual number of women serving on state medical boards really that low in the 1980s? Or was this a nostalgic but skewed recollection of a different time? I decided to a closer look.

Starting in the 1980s, the FSMB produced an annual directory (FSMB Handbook) listing key information on every state medical board, including the names of every individual serving on a board. I poured over the handbook for 1985 and applied a crude metric, i.e., categorizing by gender based upon name and google searches to identify individuals whose names seemed non-suggestive of gender.

I know, I know—this is an imprecise methodology considering today’s non-binary gender identification but…sometimes we have to work with what we have, not what we wish we had.

Dr. Behren’s memory was probably accurate in remembering about 7 women at the FSMB annual meeting as total attendance was usually at or below 300 attendees in those days.

The statistically-minded reader is probably thinking, “Yeah, the numbers were low but put’em in context, Dave!” Okay. In 1980, there were roughly 37,000 women physicians (MDs) in active practice out of a total MD workforce in the U.S. of 459,000. I’ll save you trouble of doing the math—it’s about 8% which makes the 6.6% figure less startling.

But here is something that really blew me away. Forget total numbers of women or women physicians serving. Instead, think in terms of medical boards. How many state medical boards had any gender diversity in those days? Get this. There were 17 state boards with no women members serving in 1985. There were another 19 boards with no women physicians serving. In total, over half (36) of the medical boards listed in the FSMB Handbook in 1985 had no women physicians. Let that sink in for a minute. Remember, we’re talking 1985, not 1885. I can’t help but wonder what the impact of this absence was on board discussions and policy-making.

FSMB records list 774 individuals serving on state medical boards nationally at the end of 2018 with women constituting 33.8% of the total. Female physicians are now almost 20% of total state board membership. This sounds pretty good until you realize that’s a still fair distance from their 33% of the national physician workforce with an active license as reported by the FSMB in 2016. Hmm. Glass half full or half empty?

On the plus side, I would point to this. There were only 2 medical boards (out of 70 total) with no women serving in 2018; another 5 boards with no female physician members. Here I see a clear positive sign. What once had been common in the demographic composition of state medical boards is now distinctly atypical. I suspect this trend will continue. Remember, state medical boards were once the exclusive domain of physicians. Now non-physicians constitute about 26% of total board composition.

Seems like the advice Dr. Behrens received more than 35 years ago remains relevant. Whether we’re talking about a job or an appointment or election, keeping the focus on ability while providing fair opportunity, offers at least a chance for the rest to work itself out.

The views expressed are those of the author and do not necessarily reflect those of the Federation of State Medical Boards.

A Young, HJ Chaudhry, et. al. “A Census of Actively Licensed Physicians in the United States, 2016,” Journal of Medical Regulation (2017)