Popular culture seems to enjoy looking back at the 1950s and characterizing it as this quiet but fun era that preceded a raucous psychedelic Sixties. That decade is often remembered as a period of sock hops, big cars with large fins fueled by cheap gas, suburbia, a grandfatherly President (Ike), I Love Lucy and early rock-n-roll. This selective nostalgia seemed to peak in the 1970s with Happy Days and American Graffiti; then sporadically resurfaced in films like Back to the Future. 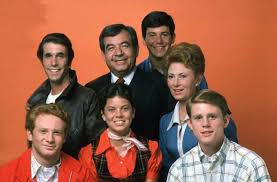 Of course, pop culture is not history. It doesn’t aspire to be history and should never be mistaken for it. Popular culture seems selective in forgetting all those elements of the 1950s that were neither quiet nor fun. This same period witnessed the Civil Rights movement and the often violent responses it drew in places like Selma, Birmingham and Greensboro. Baby boomers have vivid memories of duck-n-cover drills at school and fallout shelters amidst our Cold War with the Soviet Union.

I’m sure there’s an apt metaphor for this juxtaposition of perception and reality… …pressure building and then released. Maybe it’s a tea kettle or the smooth surface of a pond hiding a tree stump just below the water line. In some ways, medical regulation in the 1950s mirrored this juxtaposition.

A sense of this disquiet despite the relative calm in medical regulation can be seen in a retrospective look at two documents from this period.

Pictured below is a page from the program of the 1953 annual meeting of the Federation of State Medical Boards (FSMB).

At first glance, there is nothing particularly remarkable about the document. The program contains much that we might expect to see: remarks from the organization’s president; committee nominations; program sessions on medical board discipline; etc.

Every year since 1913, state medical boards in this country convened as part of the annual meeting of the Federation of State Medical Boards. These yearly gatherings allowed members and staff from medical boards to discuss issues great and small relative to medical regulation.

Yet there is something truly remarkable about this page of the 1953 FSMB annual meeting program that only becomes obvious in retrospect. That year’s program marked the only time during the entire decade of the 1950s that medical boards’ disciplinary role and function were featured topics on the agenda of the FSMB annual meeting.

Thing about this for a moment. The single biggest area of medical board activities today warranted virtually no time on the agenda in 1953. Over a ten year period and as the only forum for a national gathering of medical regulators, discipline appeared on the formal agenda only once!

How should we interpret this? What does this suggest about how medical boards once regarded their disciplinary role?  To be perfectly honest, the evidence suggests that…

How could this possibly be?

In my next blog post, I’ll share a second document from the 1950s that adds a little more context to our picture of medical regulation in the 1950s.

The views expressed are those of the author and not the FSMB.