Part 2: “Bringing in a gusher”

In part one of this series, I shared how St. Louis Star and reporter Harry Thompson Brundidge infiltrated and exposed the operations of two Missouri medical diploma mills—the Kansas City College of Medicine and the St. Louis College of Physicians and Surgeons. Those two schools represented the tail end of a long period of sporadic medical diploma mill in America. Today’s blog post shares more of Brundidge’s look “behind the curtain” and how his story led investigators to medical licensing boards in Arkansas, Connecticut and Florida.

The story began in early August 1923 when Brundidge’s editor directed him to investigate medical diploma mill activity in the state. He gave his reporter one lead (Dr. Robert Adcox) and a direct order: Get yourself into “the [diploma] mill.”  Brundidge established a new identity as a St. Louis coal salesman, initiated contact with Adcox and soon found himself traveling to Kansas City where he met the self-proclaimed “brains” behind the operation, Dr. Ralph Voigt. 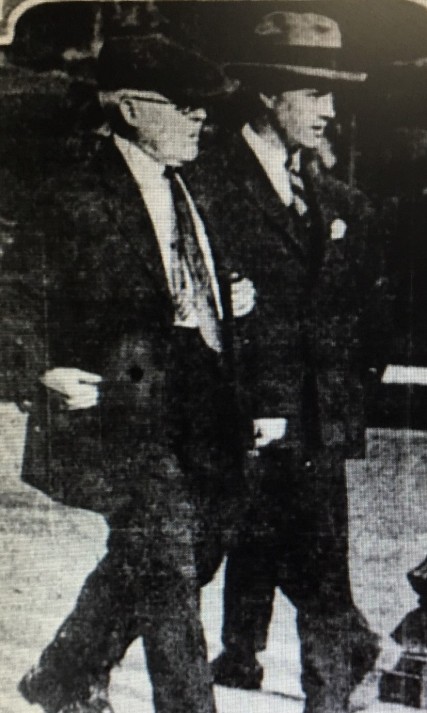 securing a high school certificate for him complements of fellow conspirator William Sachs, the Director of Missouri Public Schools. This certificate and a bogus chiropractic degree served as the basis for advanced standing admission to the Kansas City College of Medicine. While waiting for these credentials, Harry received instruction from Dr. Voigt on an electro-therapy machine—an impressive looking but bogus diagnostic machine with numerous dials and flashing light switches. Voigt’s description of it as a “sucker machine” explained its primary purpose as a means for Harry to fleece unwary patients once they got him a medical license.

Adcox and Voigt then placed Harry in what they characterized as a “ringer class” at the Kansas City College—their reference to a group of sham students apparently mixed in with legitimate students attending the school.  Harry shared his nervousness about being placed in a room with legitimate medical students. Adcox and Voigt’s advice was simple: “Keep your mouth shut and your ears open.” This brought Harry into contact with another conspirator, Dr. Date R. Alexander, Dean of the Kansas City College.

Police raids and arrests of Drs. Adcox, Voigt, Alexander and Sachs in October 1923 secured a mountain of evidence, much of it leading directly to several licensing boards. The first of these was the Arkansas Eclectic Medical Board. Connections between this board and the Kansas City College had raised suspicions as early as 1917. The linkage grew more understandable once it became evident that the Chairman of the Arkansas Eclectic Board chair held a diploma from the Kansas City school.

The Arkansas board provided Kansas City graduates with their most direct route to medical licensure. The board examined 203 Kansas City ‘graduates’ between 1916 and 1924, licensing nearly 82% of these individuals. Amidst the publicity, the board proclaimed its innocence and offered to “throw open its books.” Amazingly, the Arkansas Eclectic Medical Board not only survived the 1923 scandal, it remained in statutory existence until 1955 when the state finally consolidated its separate medical, eclectic and homeopathic licensing boards. This inexplicable reprieve probably occurred because the board had virtually no one to license. Eclectic medical schools were already largely disappearing with them any graduates seeking a medical license.

The evidence acquired in Missouri tied directly to the Connecticut Eclectic Medical Board which presented the main conduit for licensing St. Louis College graduates. That board seemed to “open its doors” abruptly in 1921-22 as more than 140 graduates of substandard schools such as St. Louis College sought a medical license through that board. Political wrangling and closer investigation by a Connecticut grand jury left that state’s governor lamenting how the state had become a haven for unqualified doctors. 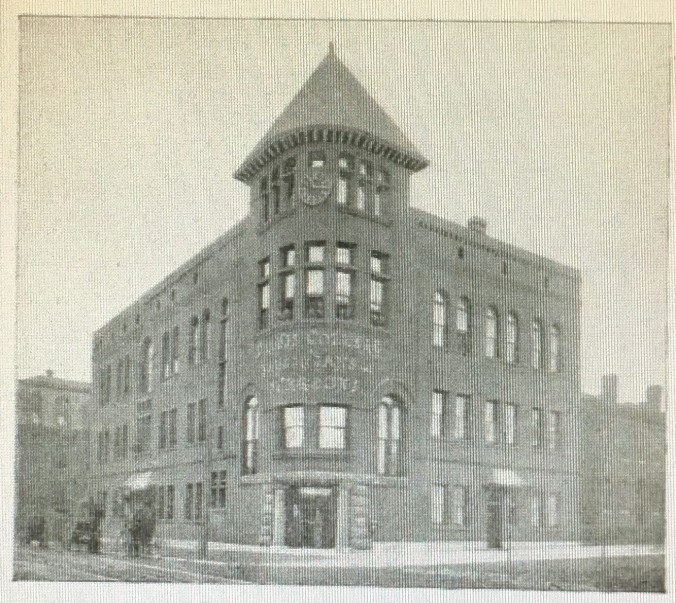 The grand jury heard insider testimony from Adcox and Sachs as well as a Connecticut licensee, George Sutcliffe, who had begun cooperating with state authorities began months earlier.

These confessions implicated the Dean of the St. Louis College (Dr. Waldo Briggs) and an insider (“fixer”) at the Connecticut Eclectic Medical Board—probably board chairman, James Christian.  Adcox’s confession described how advance copies of exam questions, lax proctoring and informal oral exams moved St. Louis grads to a Connecticut license. The police raid of Adcox’s home secured more than a dozen sets of exam questions from the Connecticut board spanning several years. The pipeline into Connecticut proved so lucrative that the conspirators described it as “bringing in a gusher” from the oil fields. The corruption went so deep that even the pre-medical credentials of the board’s chairman were the forged handiwork of Dr. Sachs. The grand jury summarized the situation this way: The eclectic medical board had been a “willing part[y]to fraudulent conduct.”

The Star’s expose and the resulting investigation even reached a defunct medical board! In Florida, the eclectic medical board had links to the Missouri-based diploma activities. As a cooperating witness, Adcox, described how advance copies of exam questions, crib notes and cash payments secured licenses in that state. Little of this reached the newspapers in 1923 as widespread irregularities had already been uncovered leading to the dissolution of that board in 1921. Two members of the Florida Eclectic Board were convicted of felony mail fraud in transacting the medical diploma trade. The board’s former secretary waged a protracted legal battle that culminated in his conviction and five-year prison sentence in 1927.

Not all of the nefarious activity led to licensing boards situated outside Missouri. In the final installment of this series, we’ll double back to see how the scandal imploded the Missouri Board of Health.

Source:  This multi-part series is derived from my article “An Underworld in Education: The Demise of Missouri’s Medical Diploma Mills,” Social History of Medicine (ahead of print publication October 2018)

The views expressed are those of the author and do not necessarily reflect those of the Federation of State Medical Boards.