Book writing tends to be a solitary craft. You find yourself spending a lot of time alone, thinking about your subject and hoping that someone else will find it interesting too. When the book is finished and released into the world, you pray it finds its niche with readers…perhaps even triggering some response along the way. It’s always gratifying when a reader reaches out to an author.

This happened to me recently when Lorrie R. contacted me about Diploma Mill. It seems her great-great-grandfather practiced as a physician and pharmacist in Massachusetts during the last quarter of the nineteenth century. According to his obituary, Dr. John Bradford Wilson obtained a medical degree in Philadelphia ca. 1868.

He opened a pharmacy in 1875 in Mansfield, Massachusetts and appears to have combined a medical/pharmacy practice. Massachusetts proved rather late in adopting medical legislation. It wasn’t until 1894 that Dr. Wilson had to apply for a medical license with the Massachusetts Board of Medical Registration.

Lorrie contacted me because her ancestor claimed to have received his medical degree from the Eclectic Medical College of Philadelphia. She couldn’t help wondering if this school was the same as John Buchanan’s Eclectic Medical College of Pennsylvania—the focus of my book. Understandably, Lorrie wondered about the medical bona fides of her ancestor.

It’s interesting to think of the “life story” we weave around our ancestors. Usually this derives from some photographs, perhaps a few surviving records and, naturally, family lore passed down through the generations. When an ancestor seems to have been part of a historical trend or scandal, it’s understandable to try teasing out the ‘How?’ and ‘Why?’ In other words, to try to figure out how this person’s life intersected with something that is now the stuff of history for us.

As I mentioned to Lorrie, it is difficult to make definitive statements about her ancestor’s relationship to the school at this late date. The school’s original records have long disappeared. What remains is information derived from miscellaneous sources: the school’s Journal, newspaper accounts, contemporary histories and medical journals. There are several possibilities concerning Dr. Wilson. For example, it is possible he attended the school located at Ninth & Locust Street in Philadelphia and received a diploma. It is also possible that he simply sat for a course of lectures in 1868, considered that sufficient (as many physicians of that era might have done) and later just claimed a degree based upon that experience. It’s also possible that he never set foot in Philadelphia and conducted his ‘education’ wholly through the mail as the purchase of a diploma.

Keep in mind that in 1868 very few states had any medical licensing laws in place. Whether Dr. Wilson attended the school (or not) and whether he received a diploma (or not), his intent in some ways involved legitimizing himself as a physician/pharmacist. Adding a credential such as medical degree, at a time when most people practicing medicine lacked one, made sense. It created the image of a professional…something potentially differentiating him from many other practitioners.

Take for example the photos Lorrie shared of Wilson’s pharmacy. They look every bit the part of a solid, sustained business operation. And yet, how much genuine expertise was behind this solid, professional image he presented to the community? It’s difficult to say. Apparently it was enough to satisfy the community as the pharmacy survived Wilson’s death with one of his sons taking over the pharmacy. 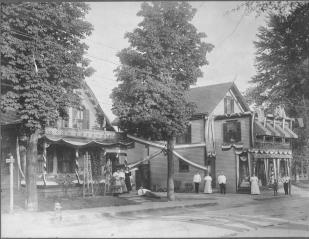 Lorrie offered one other interesting tidbit on her ancestor. It seems Dr. Wilson had strong interests in Spiritualism and Mesmerism (i.e., hypnosis)—sufficiently strong that he apparently advertised at one time as an “Eclectic Physician and Clairvoyant.”

He was apparently a prudent business man too. Eventually, he dropped the clairvoyant from his ads as the early enthusiasm for medical hypnosis waned. Later, he dropped eclectic from his physician title as ‘regular’ medicine began to absorb the homeopaths and eclectics who once saw themselves as practitioners offering patients an alternative to conventional medical practice.

Finally, stories like this one involving individuals with degrees from schools like the Eclectic Medical College of Pennsylvania or the Eclectic Medical College of Philadelphia help take us out of our backward glancing historical vantage point and ground us in the contemporary realities facing these people. Dr. Wilson and many others practiced during a period of transition in American medicine—a period witnessing a shift from a pre-professional, no restrictions environment in which medicine was something experienced within the home at the hands of family or friends to a world in which credentials and medical licenses became the norm as medicine shifted steadily away from hearth and home. Navigating this transition couldn’t have been easy. 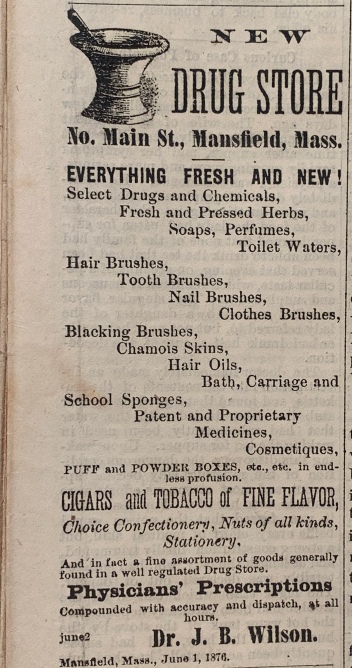 Whatever Dr. Wilson’s interaction with the EMC of Philadelphia involved in 1868, we are wise to remember that this preceded the school’s widespread notoriety and public disgrace. This came in 1872 with the Pennsylvania senate investigation that exposed the (at best) questionable diploma issuance practices at this school and by John Buchanan. Was Wilson an opportunist seeking a quick credential or an unfortunate that saw his degree tainted in the school’s subsequent fall from grace? We’ll probably never know.

My thanks to Lorrie Renker for the images and information she supplied on her ancestor.

The opinions cited are those of the author and do not reflect the views of the Federation of State Medical Boards.

One thought on “A Medical Diploma Mill Graduate”