Immigration policy presents one of the most fraught, contentious political issues in America today. While much of the focus in recent years centers on illegal immigration, nearly a century ago, state medical boards grappled with an immigration challenge of their own: Medical professionals educated outside the US and seeking to practice in this country.

Foreign-trained physicians, especially those from England, Germany and France, were generally viewed as welcome additions by American doctors in the late 19th and early 20th century. Because of the vast disparities in US medical education at that time, many (if not most) of these foreign practitioners possessed education and training exceeding that of many American physicians. By the 1920s, the socio-political climate in America turned markedly unreceptive to most immigrants, even physicians. 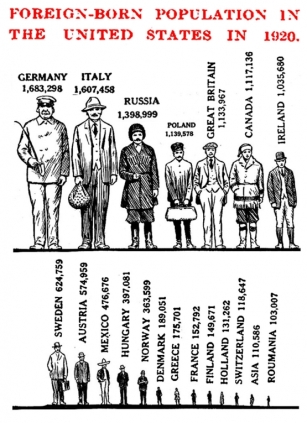 Much of this change in sentiment stemmed from a shift in immigration patterns beginning in the 1890s with the start of a large influx of immigrants from southern and eastern Europe. This trend had solidified such that by 1924 federal law introduced immigration quotas distinctly unfavorable to immigrants from areas other than northern and western Europe.

State medical boards soon reflected the tenor of the times. In 1923, New York state amended its medical practice act to require U.S. citizenship as a condition for admission to their licensing exam. By mid-1926, more than half of the states followed suit with varying requirements that linked the acquisition of a medical license to an individual’s citizenship status.

Medical boards generally supported, and in some cases urged introduction, of these requirements. In so doing, however, the arguments they presented often reflected professional concerns rather than those one would categorize as regulatory in nature.

Too often the language accompanying discussion of immigration and requirements specific to international medical graduates (IMGs) featured language that hinted at concerns other than public health or patient safety. Terms like “alien invasion” crept into the editorials on the subject. One writer argued the necessity of linking citizenship status to licensure as a mechanism for keeping out those physicians who were “not properly qualified.” Such a statement seemed reasonable enough on the surface but a nativist sentiment evinced itself with his additional call to keep out those who “in other respects are undesirable.” Exactly what constituted an “undesirable” physician was left unstated.

By the end of the 1930s, all but a handful of states and the District of Columbia required either citizenship or “first papers” for naturalization as a condition for medical licensure. The AMA took a hard line. In 1938, their House of Delegates adopted a resolution calling for all foreign-trained physicians to have full citizenship as a condition for licensure.

Incautious comments from leaders in medical regulation hinted at reasons other than patient safety for the desirability of these requirements. One president of the Federation of State Medical Boards admitted to an “economic aspect” to the immigration issue—an unsurprising admission considering the massive economic downturn in the US in the 1930s and one that feels a bit presumptuous of me to criticize from my comfortable economic vantage point nearly a century later.

But as he continued his comments in 1939, this regulator also spoke vaguely about the need for “tests” of fitness based upon “respect” and “ethical” adherence to democratic principles; even asserting that the “alien who can meet these tests must be the exception.” Today, political pundits and columnists often comment upon politicians speaking to their base through indirect or coded language, e.g., “dog whistling.” While not speaking to a political base, this former FSMB president implicitly signaled his position on physician immigration for reasons other than those appropriate for a regulator.

Certainly, there were members of state medical boards that balked at proposed litmus test style calls for political loyalty. And in some states, the decision to link medical licensure with citizenship status arose from legislators. Yet there is also evidence that the call for citizenship requirements arose more often from medical board regulations than state law.

Connecting a physician’s competence with his citizenship proved legally tenuous. The Harvard Law Review turned a skeptical eye to this issue in 1939 and within several years multiple state attorneys general ruled against such requirements. With the outbreak of war in Europe, an influx of refugee physicians to the United States brought immigration back into the headlines but with a more sympathetic view as evidenced by the 1941 report of the National Committee for Resettlement of Foreign Physicians.

Their report recommended medical boards require only that naturalization papers be filed with a ten-year period to obtain citizenship.

This reactionary spasm against physician immigrants to the United States waned in the early 1940s but renewed focus on IMGs returned in the post-war years. A sharp increase in the number of IMGs, both those displaced by war and those seeking educational opportunities in the US, placed a different question in the forefront: How do we evaluate the credentials and qualifications of these professionals?

The opinions cited are those of the author and do not reflect the views of the Federation of State Medical Boards.

Bulletin of the Federation of State Medical Boards, September 1923

Bulletin of the Federation of State Medical Boards, October 1923

Bulletin of the Federation of State Medical Boards, August 1926

DA Johnson, HJ Chaudhry, Medical Licensing and Discipline in America: A History of the Federation of State Medical Boards